Arizona’s legislature created a cause of action against people who abuse or harm vulnerable adults. The statute appears in the Adult Protective Services Act or APSA, under which a Plaintiff must establish the following: a) the patient was a vulnerable adult; b) the medical facility was an enterprise that was hired to provide care; c) the medical facility abused, neglected or exploited decedent; and d) decedent was injured as a result of the alleged abuse, neglect or exploitation.

A ‘vulnerable adult’ is an individual eighteen years or older “who is unable to protect himself from abuse, neglect, or exploitation by others because of a physical or mental impairment.”

An actionable claim of ‘neglect’ under APSA (1) must arise from the relationship of the caregiver and recipient; 2) must be closely connected to that relationship; 3) must be linked to the service the caregiver undertook because of the recipient’s incapacity; and 4) must be related to the problem or problems that caused the incapacity. Actionable ‘abuse’ on the other hand, may be the result of intentional or negligent harm.

Arizona courts struggle with identifying a line between claims actionable under APSA versus those allowed by Arizona’s Medical Malpractice Act (the MMA). The courts have long recognized that some negligent acts that constitute medical malpractice should not be actionable under APSA. Several years ago, the Arizona Supreme Court held for the first time that hospitals could be liable for APSA violations but attempted to restrict actionable grounds to those when a “plaintiff is able to show a pattern of conduct… resulting in deprivation of food, water, medication, medical services, shelter, cooling, heating or other services necessary to maintain minimum physical or mental health.”

Physicians or Physician Assistants typically are immune from APSA liability unless serving as the medical director of a facility such as a residential care facility or otherwise responsible for the patient’s care while at such a facility. The facilities are not immune. Primary Care Providers are immune from liability for services provided to the patient in the two years before the patient’s admission to such a facility, and medical specialists are deemed not to be Primary Care Providers (unless they assume that responsibility).

The interplay between medical malpractice claims and APSA claims means that courts will continue to have to differentiate between these types of claims in the coming years. Our lawyers are available to consult with you if you have any questions about these types of claims. 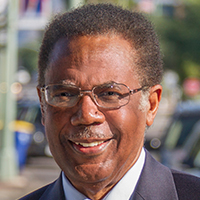