Politics Around the Water Cooler

Basketball, football, and baseball seasons come and go, but one spectator sport that is always in play is politics. It used to be that in polite society, no one spoke about religion or politics. This is no longer the case.

In November and December of 2011, Harris Interactive on behalf of CareerBuilder conducted a survey of more than 7,000 full-time workers nationwide. The survey results showed that, while most conversations around politics were good-natured or even-tempered, almost a quarter of workers who have discussed politics at work reported they had a heated discussion or fight with a co-worker, boss or someone else higher up in the organization. One out of ten workers said their opinion about a co-worker changed after they discovered that person’s political affiliation, with most stating it changed for the negative.  At the same time, according to a survey conducted during the 2008 presidential election by the Society for Human Resource Management, only about 25 percent of organizations have a written policy on political activities.

Recently, Harris Poll on behalf of CareerBuilder conducted a follow up survey of more than 3,200 workers and 1,900 managers in the private sector from May to June of 2016. This survey focused on the 2016 presidential election, and how the political tension affected the workplace. According to the survey, 30 percent of employers and 17 percent of employees argued at work about the presidential election. The survey also found that 22 percent of workers believe that political correctness has made their business stronger, versus 34 percent who believe their workplace has been hindered by it.

The First Amendment does not protect free speech in the private sector, but employees also want to feel they have a right to discuss the issues of the day with their colleagues. At the same time, political discussions can touch on deeply-held beliefs and can cause a drop in morale in the listener who disagrees with his or her colleague, particularly when the differing opinion comes from a superior. Conversations regarding candidates often focus on race, sex or religion and can easily provide potential grounds for employer liability for harassment, race, religion, age and/or gender, among other forms of discrimination, retaliation or other types of workplace complaints.

Finally, employers should consider the cost of allowing too much political chatter. Ideally, an employee’s focus at work should be job-related; too much non-work-related discussion can cost the employer in terms of productivity.

To best manage these issues, employers should consider whether they want to instill a balanced policy regarding political discussion in the workplace.

If you have any questions, please email me at tcope@mcrazlaw.com. 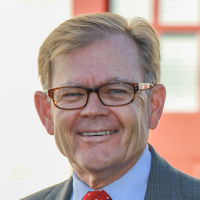